Friday morning saw us with a chilled out start at Boric Campground and a bike back into Old Zadar to visit the Market for another tasting session, we go with best intentions of buying fresh fruit and vegetables, this does happen as in most cases it is cheaper to buy here than at supermarkets, still havnt been game enough to try and buy meat at these markets yet, as sometimes our bartering and selection of products doesn’t quite work in our favour due to communication difficulties.

On the tasting front are really enjoying the cheese and salami sampling which generally ends with a purchase, been looking at these green cheeses for a while and finally found out what it is, pesto infused and very nice it is too.

Our other purchase intention has been a hat for Susie, now those of you who know us will realise this is not a simple task and involves much trying on and looking in mirrors, one has finally been found.

I am also now back in singlets, has only been about 20 years since had the shoulders exposed so this could be a gradual process, will make the most of this through the next couple of weeks.

Early afternoon saw us back on the road again heading in the direction of Split on the coastal road, spectacular scenery however it has become very commercialised and now obviously the whole economy is centralised around tourism. 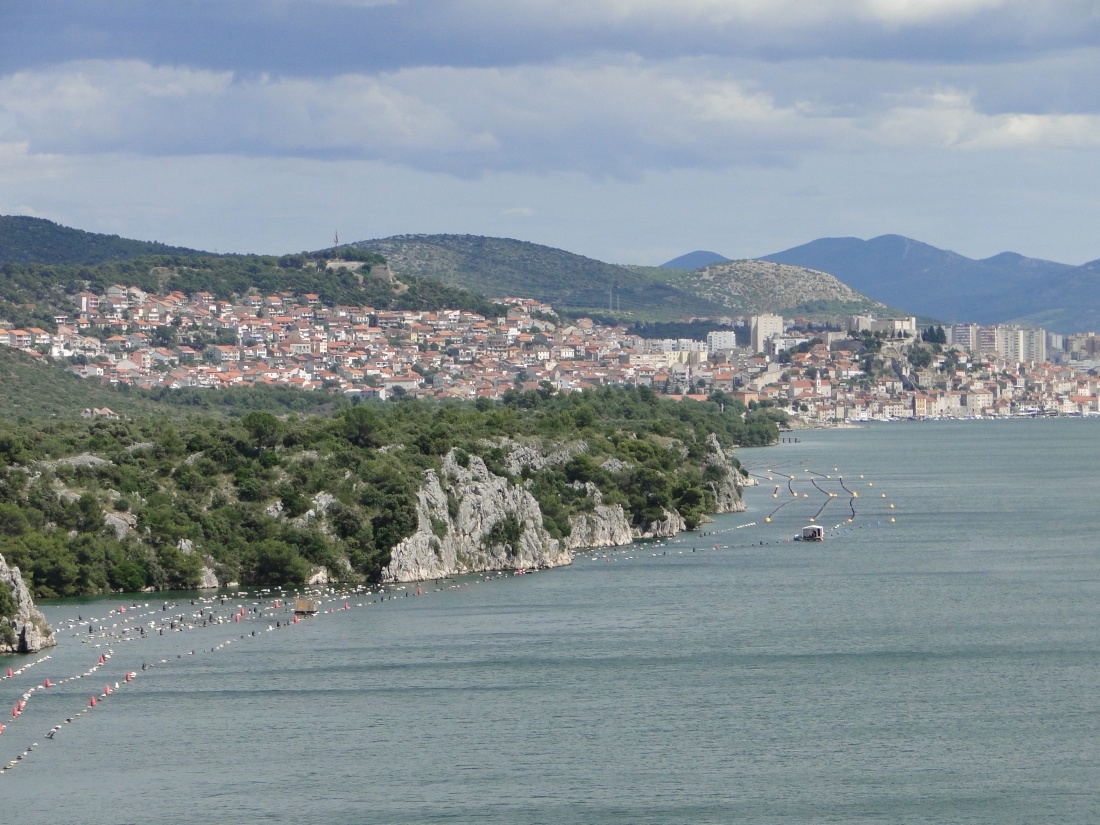 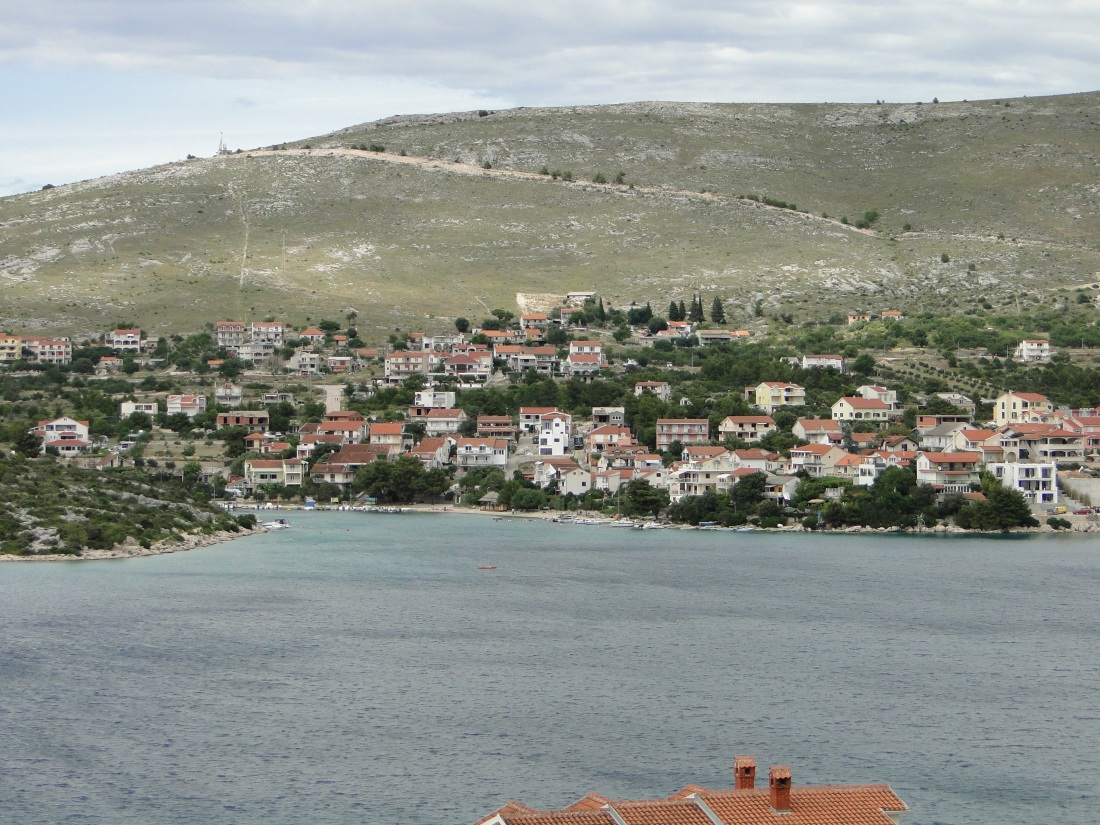 After a couple of little detours into areas that look as though they may give us a beach camp we give up on finding anything and head towards a freecamp listed in Park4night that is parking on the waterfront of the Island of Trogir. It took a drivepast and come back 5 minutes later to find a park here and this perhaps should have been a warning.

This is a public carpark area that essentially services to “Old City of Trogir” which is basically an island fortress, now a major tourist destination.

As we settled in for the night the flights directly overhead into Split airport continued to arrive and the bars down the road picked up in business, the bars shut around midnight however the car traffic and scooters continued until dawn. Officially the worst place to park possible.

However it really only gets worse as Saturday is a very busy day here and starts very early as well with worksite heavy traffic (building a new bridge onto the island) general market traffic and the next wave of tourists coming for weekend.

A walk onto the “Old City” on the island gave an indication wasn’t going to be a quick process to get out of here. This is a central harbour for the outer island cruise and boat trips as well as diving so the wharf area very busy with change over day today. It seems the main shopping here is linen and silk clothing so Susie is in her element along with the open market as per usual. By 10.30 in the morning the restaurant and bar trade is already humming. A real observation here is that the tourist industry has outgrown the town and it is only just coping. And this is still 3 weeks before high season. 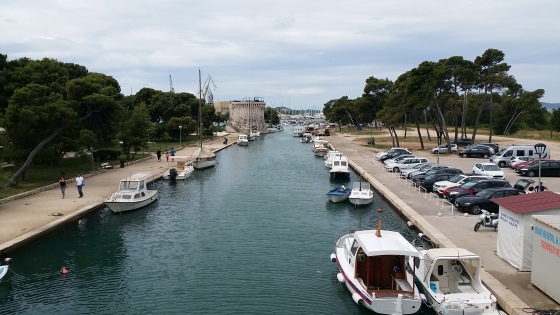 From this whole walk this morning Miss Stella has been in view, in fact we are only about 400mtrs from where we are parked however the road is basically at a standstill right through with two bridges and traffic entering from both sides at either ends of the bridges. 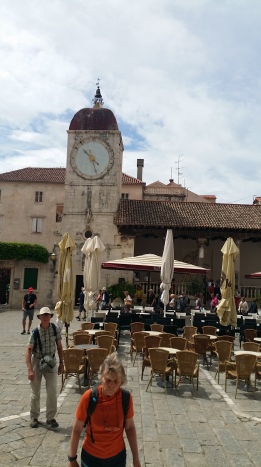 Talking with an English couple last night they have given us a beach spot about 50km back towards Zadar on an unbuilt peninsular near Sibenik.

We have made a big call not to head to Dubrovnik, it is a long way to go (about350km) and it really is starting to get busy. As well as we would then have to basically drive the same road back again to get into the Astria region and then Italy.

So we are now parked up for a couple of days, making the most of what is a less rocky than most beach area.

The rubbish dumped here however is incredible, did the tidy Kiwi thing this morning just around where Miss Stella is parked to give us a clean place to sit, but the rubbish in the scrub around us is not good. Still the view makes up for it.