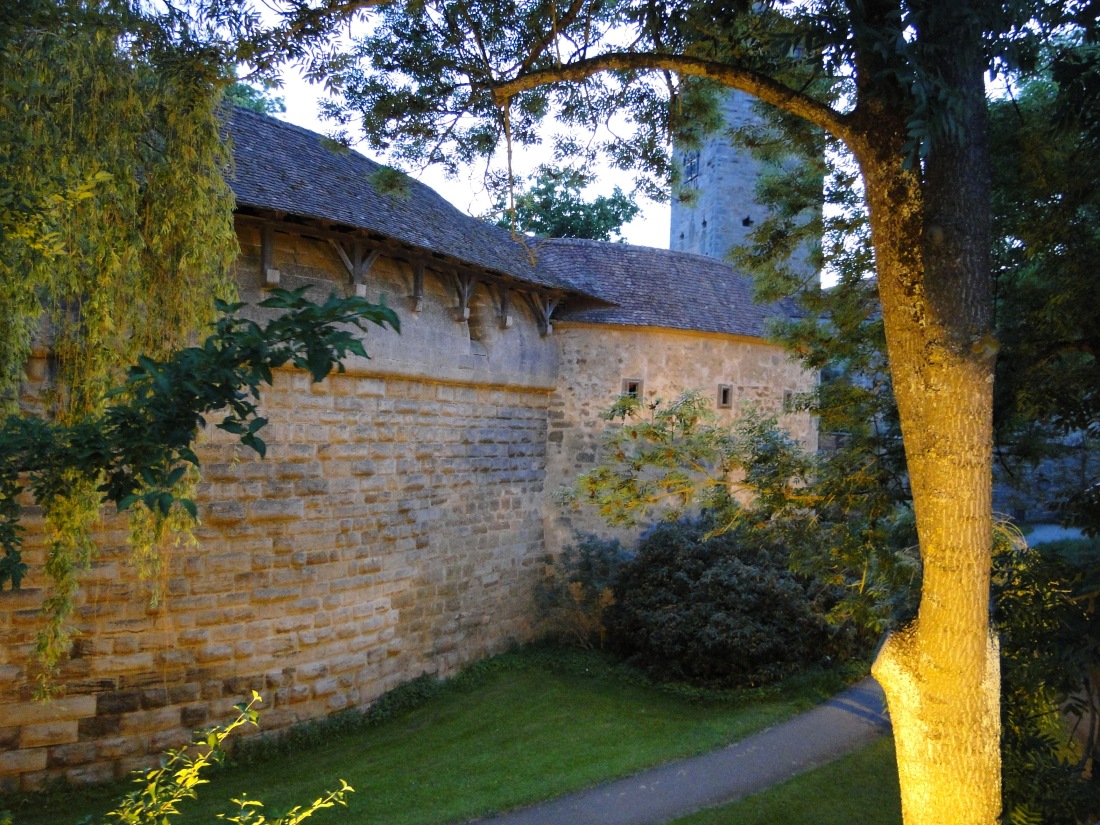 This was suggested to do in the guide book for this unexpected part of the trip.
Every night Ruttenburg odt, has a night tour hosted by the nightwatchman, meeting in the town square at 8.00pm.
Duely arriving at the town square a little before 8.00 and joining a crowd of a couple of hundred people all waiting for the same thing.
Our very authentic guide gave us the introduction and explained the medieval roll of the nightwatchman and the fact that his job was pretty far down the order in terms of ranking, in fact sat third from the bottom above the executioner and the gravedigger, who surprisingly enough “worked together a lot”.
This is going to be a bit of a history lesson really, as told to us by this Guy. 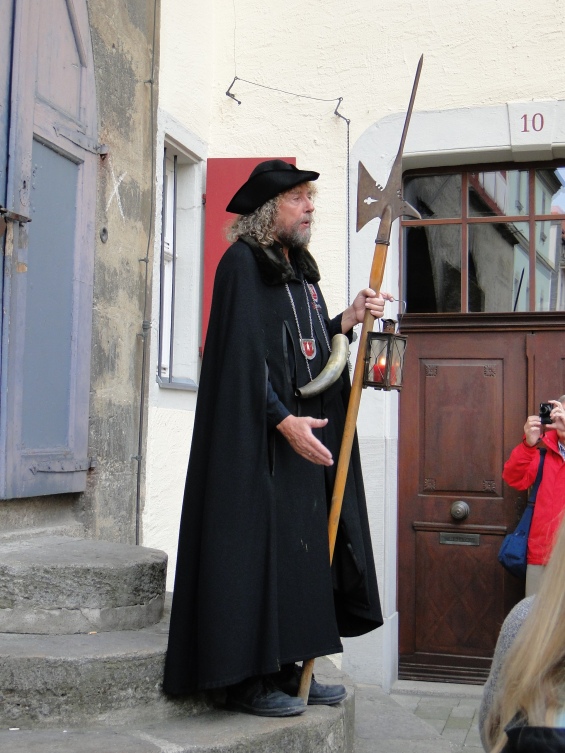 Ruttenburg is one of the oldest cities in Germany, with the oldest foundations being dated to 910AD, with most of the old city buildings being built from the 1200’s. The outer wall and battlements were built from late 1200 and continued to be extended into the erly 1600’s.
As a city it was also self- governed and included a surrounding area of about 400 square miles under its control. A very wealthy city as it was at the junction of the North / South and the East/ West trading routes. This wealth continued through until the late 1600’s (and as a city it was never taken by force through this period). The other reason it was so wealthy as a city was because it was Presbyterian and had no controlling Roman Catholic Church interests, (very unusual in these times). 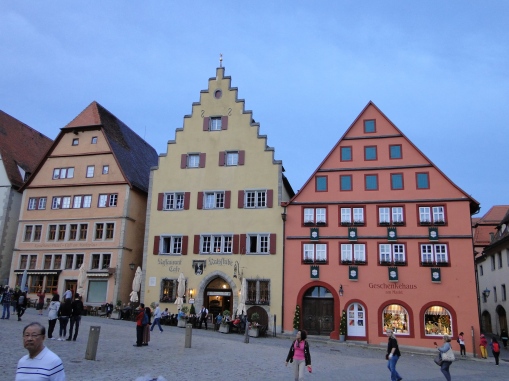 2 things stuffed this idyllic lifestyle up through history, the first being the black plague, which removed about 40% of the town population (the wealthy) and about 70% of the rural population.
The second was the 30 year war in which Ruttenburg was besieged by the Roman Catholic led forces. The city itself held out for a considerable length of time until unfortunately someone while checking the stores of gunpowder, accidently set it off which enabled the offending army to gain access through the rather large hole in the wall left by said explosion.
Because of these two periods Ruttenburg basically fell asleep for 250 years, on the negative side nothing obviously happened here, however on the positive side because nothing happened no new building or repair work was carried out.
This may sound a bit so so, but it meant that the outer wall and battlements were never broken down to be used as building materials elsewhere, as happened in most other situations. Hence we now have this amazing old city.

In the late 1800’s tourism found Ruttenburg in the form of poets, painters and the like followed by the wealthy elite and Ruttenburg flourished through the early 1900’s.
WW11 didn’t have much of an impact until late in the war ( Feb/ March 1945) when it unfortunately became the secondary target for a US bombing raid of construction yards Northeast, ( these were too foggy to bomb). About 30% of Ruttenburg was destroyed in this one raid including the main tower in the outer wall.
As the war ended a German troop took defensive position here and with Hitlers orders not to surrender at any cost the writing looked to be on the wall for Ruttenburg as with many other German cities in the same situation. 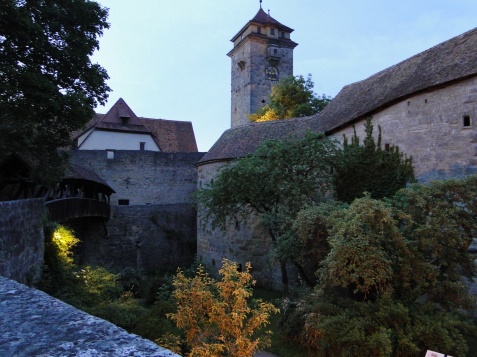 However fate intervened in a weird way,
1 The German Major who oversaw holding Ruttenburg “at all costs” went away for a few days and the next in charge didn’t think along the same lines.
2 As the US troops were about to close in and essentially level the city, another US officer intervened because his mother had visited the city in 1914 and loved it. This soldier had grown up with a painting of Ruttenburg on his family kitchen wall.
So between the 2 of these guys a peaceful surrender was undertaken and the city saved.
However the damage was immense and obviously the German and local economy was in tatters through the next few decades so rebuilding wasn’t high on the priority list. Ruttenburg went about things a little differently and essentially got the outside world (mostly individuals) to buy sections of the wall, and this can be seen today when doing the wall walk the names of these individuals, where they are from and how much wall they bought is inscribed in the plaster around the wall walk.