Head into Calais (now driving on other side of the road, roundabouts feel decidedly weird) and find a park that is an easy walk into city centre.  Nobody home, so thinking back to what we have been told, its lunchtime, the French are reasonably chilled so must be all having a break. Find out later it’s actually some sort of Bank Holiday,  (now this is the second one of these we have had in 1 week), coincidence or “The Tilson Giesen Curse”.

Not much to see here really so head inland , with Arras as our objective. This was one of my bucket list must see’s, the history behind the first and second world wars.

With help from our camperstop app, we find our first aire, (basically either free or very cheap places where motorhomes can park up for up to 48hrs close to city or villages).

This one conveniently situated, Rue des Rosati, GPS: n50,29463 e2,78812, It was full upon our arrival but we just pulled into a carpark adjacent. Dump station, water and power normally on coin payment (however this isn’t working so free). Camping is free. 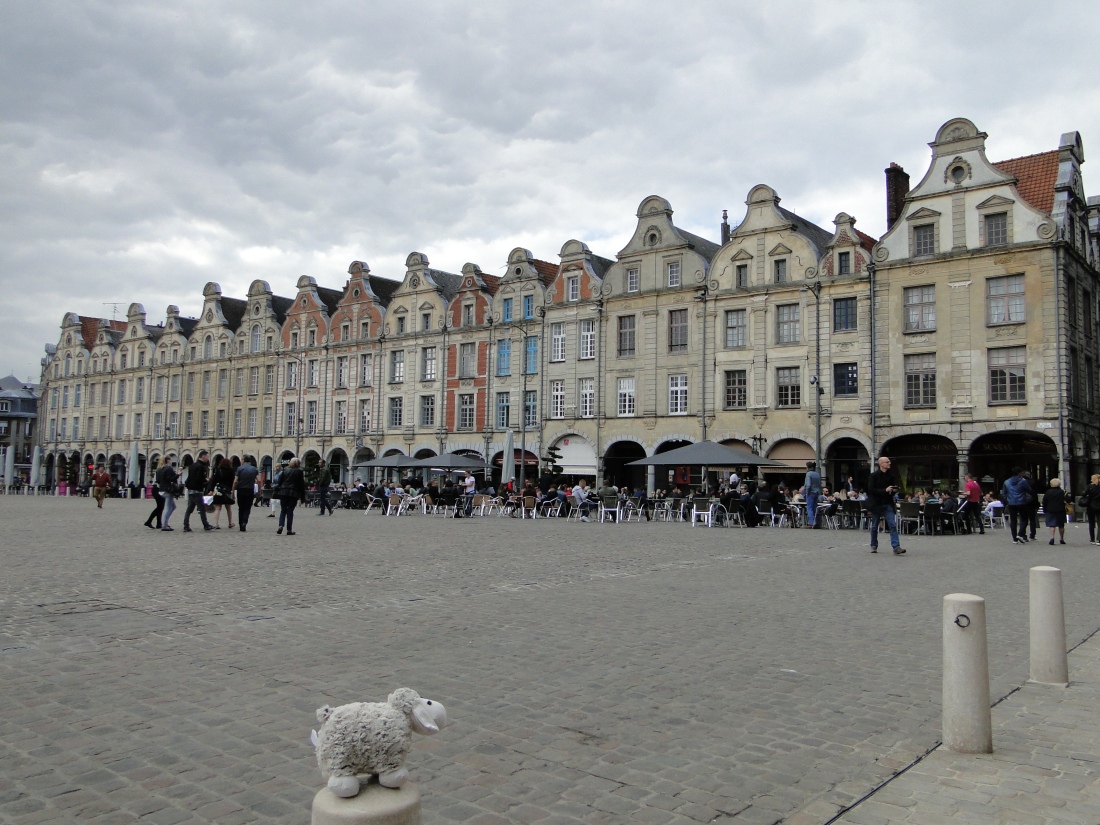 A very pleasant stay here for a day a half, a very easy cycle around the town which is exactly what I expected of France, history and food. The 2nd day saw us climb the tower above the Town square and then take the Wellington Tunnel Tour.

This town was pretty much one of the centres of the western front action from 1914 -1918 and was held by English Australian and Canadian forces for the entire length of the war. However it was basically destroyed as a town levelled) the rebuilt exactly through the 1920’s. The Tunnels however was NZ’s involvement in this part of the western Front. Huge underground limestone quarries surround Arras and 500 Miners from NZ (mainly coal miners from the West Coast South Island) developed these quarries into a 19km long network of linked tunnels right under Arras and under the German front line that enabled a surprise attack to be led in 1916. This gained the allies 8km of ground.

Another late afternoon road trip saw us head to Ypres in Belgium on Friday, destination a camperstop destination on the outskirts.